DeSantis dismisses criticism from Trump, others as ‘noise’ 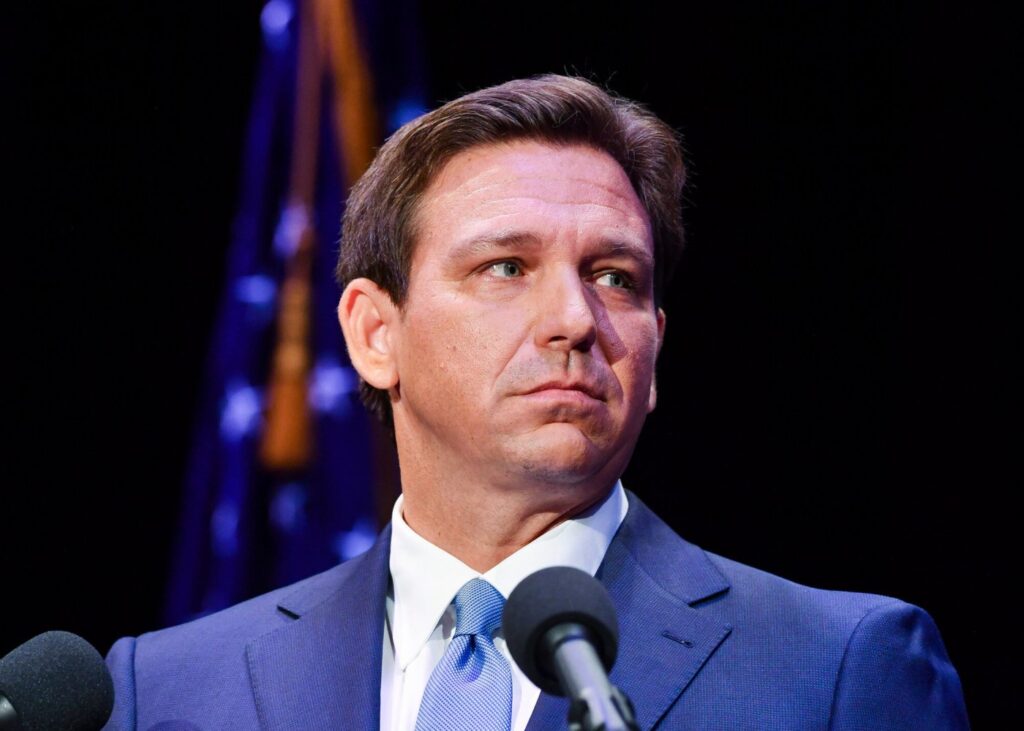 Florida Gov. Ron DeSantis responded to former President Donald Trump’s recent criticism for the first time Tuesday, dismissing the attacks that he’s faced more broadly as “noise,” before adding that he would “just tell people to check out the scoreboard last Tuesday night.”

“One of the things that I’ve learned in this job, when you’re leading, when you are getting things done, yeah, you take incoming fire. That’s just the nature of it,” DeSantis said at a news conference in Fort Walton Beach.

“I don’t think any governor got attacked more, particularly by corporate media, than me over my four-year term. And yet, I think what you learn is, all that’s just noise. And really what matters is, are you leading? Are you getting in front of issues? Are you delivering results for people? And are you standing up for folks? And if you do that, then, none of that stuff matters.”

“And that’s what we’ve done. We’ve focused on results and leadership. And you know at the end of the day, I would just tell people to check out the scoreboard last Tuesday night,” he added.

The comments mark the first time DeSantis has publicly addressed the results of the midterms since election night, when his 19-point victory in Florida stood out as a rare bright spot for Republicans. In the past week, DeSantis had largely avoided situations where he could face questions about Trump or his future political ambitions.

In the weeks leading up to the election, DeSantis declined to engage with Trump’s increasing hostilities and has generally dismissed any 2024 talk as premature. But his remarks Tuesday offered an early indication of how DeSantis could frame a head-to-head campaign against Trump, if he decides to run for the Republican nomination.

In the span of one week, Trump went from introducing a disparaging new nickname for the Florida governor (“DeSanctimonious”) to heeding requests from Republicans to pare back his criticism of DeSantis in the home stretch before Election Day, to blasting out a scathing statement on the heels of DeSantis’ reelection, calling him “an average Republican governor.”

When DeSantis was later asked about “real concerns” in the Republican Party about him and Trump, he answered that “some of this stuff gets a little bit overdone in some of the media.” The Florida governor acknowledged that while there were some success stories during the midterm election, he said there were also “a lot a lot of disappointments.”

Republicans failed to win the Senate majority, and although they’re on track to pick up the House majority, they’ve fallen far short of any anticipated red wave.


Trump vs. DeSantis: A simmering rivalry bursts into view


Election 2022: GOP closes in on House win, with Senate control up for grabs


Control of Congress: What’s at play in the 2022 midterms?

“I mean, that’s just the reality. It was it was a hugely underwhelming, disappointing performance, especially given that (President Joe) Biden’s policies are overwhelmingly unpopular,” DeSantis said. “People think the country is going in the wrong direction.”

After touting his accomplishments in the state, DeSantis added, “And so Florida, I think really shows the blueprint of what you can do to not only win, but really fundamentally change the overall political terrain in a very strong pro-freedom direction. And that’s what we’ve done here.”