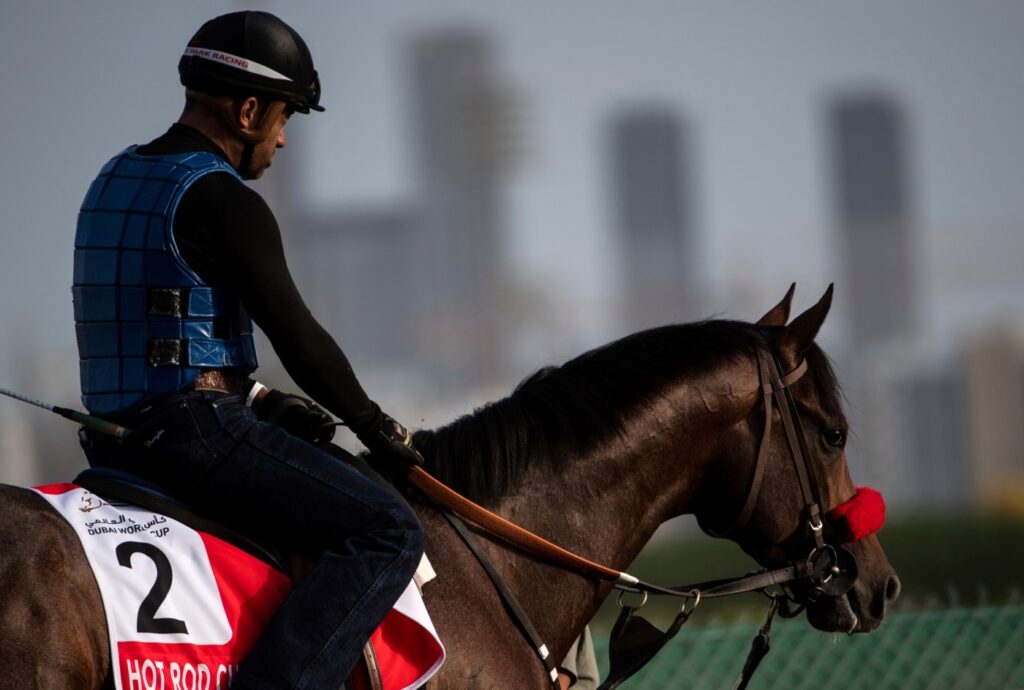 • Since coming to the U.S. from his native Puerto Rico in 2011, Ramon Vazquez has ridden at many American tracks, including Oaklawn Park, Lone Star, Remington, Delaware Park and Prairie Meadows. Now a fixture on the Southland circuit, he says a jockey has to adjust to riding in California. “It’s different here because speed always seems to be holding,” he said. “So you want to put your horse in a better position early. I know what I have to do at all the different tracks.”

• A short field of six was entered for Saturday’s $500,000 Lukas Classic at Churchill Downs. The 1 1/8-mile Grade II race is named for Hall of Fame trainer D. Wayne Lukas. The Doug O’Neill-trained Hot Rod Charlie, the 8-5 morning-line favorite who will be ridden by Tyler Gaffalione, drew the No. 5 post. Art Collector, trained by Bill Mott, is the 2-1 second choice. He’ll be ridden by Luis Saez. Kentucky Derby longshot winner Rich Strike, trained by Eric Reed, is 6-1 and will have regular jockey Sonny Leon in the saddle.

• Undefeated Flightline is scheduled to work Saturday morning at Santa Anita for the second time since the colt’s record 19 1/4-length victory in the $1 million Pacific Classic on Sept. 3. Trainer John Sadler told Santa Anita publicity that the $1 million son of Tapit will work either a half mile or 5 furlongs at 6:30 a.m. “We won’t decide upon the distance until Saturday morning,” he said. Flightline, training up to the $6 million Breeders’ Cup Classic at Keeneland on Nov. 5, has won his five starts by a combined 62 3/4 lengths.