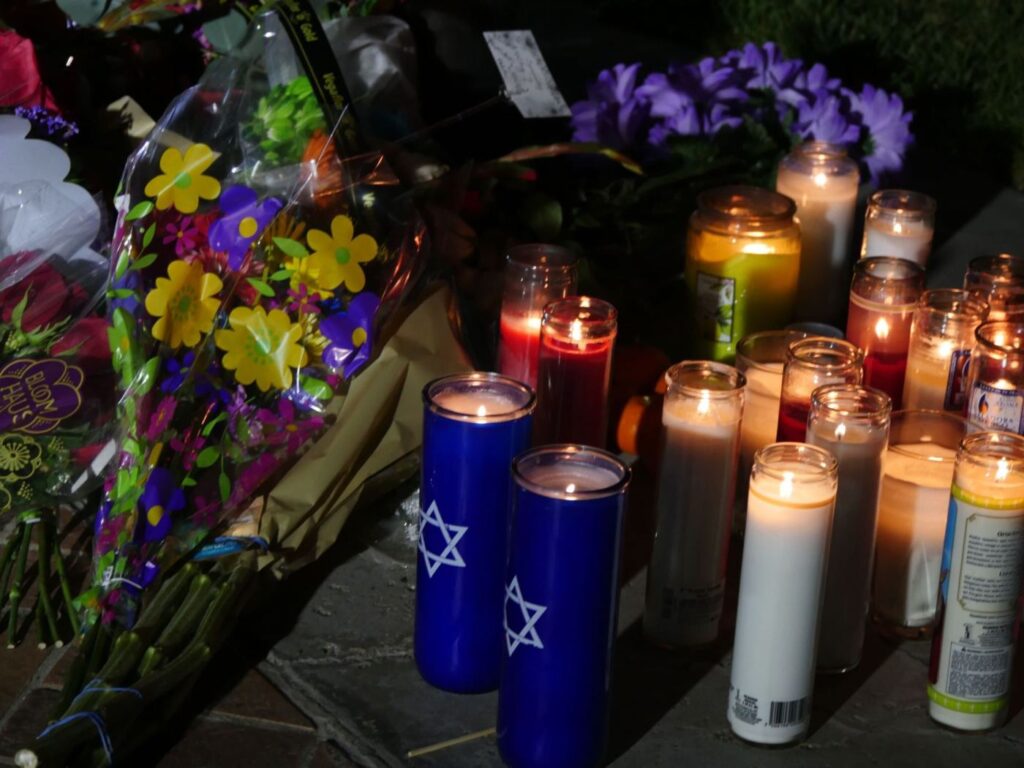 As the third day dawned on a Monterey Park shaken to its core, officials on Tuesday, Jan. 24, released the full list of names of the 11 victims killed in Saturday night’s rampage, which also wounded others at a dance studio in the city.

Five of the names had been publicly known, but the Los Angeles County Coroner’s Office’s list now contains the names of all of the fatalities; they were 57 to 76 years old:

A mourning community continues to honor them, and the heroes who tried to prevent death.

Monterey Park will host a vigil in honor of the victims at 5:30 tonight, Jan. 24, at City Hall, where a memorial of flowers and other mementos has been growing. There was a small candlelight vigil Monday night, and another ceremony is planned Wednesday outside the Star Ballroom Dance Studio, where the massacre erupted.

That’s where Ma was a dance instructor  — he is being hailed as a hero, said to have sacrificed his life by rushing the gunman at the dance studio he co-owned.

Brandon did what no one should ever have to do — stopped a gunman at his place of work from killing countless others.

Qiang Bjornbak, a Monterey Park lawyer and member of the dance studio, described Ma as a one-man “center of the community.”

“So many people knew him,” she said outside the city’s Langley Senior Center on Monday, which has turned into a support center in the aftermath of the massacre. Bjornbak said Ma often took the lead planning events for the local Chinese community, and about a week before the shooting had a Chinese community gala with a strong turnout.

Brandon Tsay, 26, is also being called a hero for disarming the gunman before he could carry out a similar shooting at the Lai Lai Ballroom in Alhambra, about 17 minutes after the deadly rampage.

Meanwhile, the reasons for the rampage remained a mystery.

Related Story: Stung themselves by the loss, Monterey Park leaders center their efforts on community healing

Huu Can Tran, 72, of Hemet opened fire inside the Star Ballroom Dance Studio and attempted to kill others at the other dance hall in Alhambra. He fled to Torrance where, inside a white van in a Torrance parking lot after getting surrounded by police, fatally shot himself, authorities said.

A picture has began to develop of a man who once frequented the Monterey Park dance hall, might have had anger issues and was well-versed in weaponry.

He met his ex-wife at the dance hall, by offering her informal dance lessons. Tran had been known to have anger issues, she told CNN, but was never violent toward her. He filed for divorce in 2015, and it became final a year later.

During a search of his home, investigators found a rife and hundreds of rounds of ammunition and evidence that Tran was making firearm suppressors. Investigators also seized electronics.

Tran lived in The Lakes at Hemet West, a mobile-home park on the eastern end of Hemet. He had a minimal criminal history, according to Los Angeles County Sheriff Robert Luna: Just a 1990 arrest for unlawfully possessing a firearm.

On Jan. 7 and Jan. 9, Tran visited Hemet police, city spokesperson Alan Reyes said, and accused family members living in the Los Angeles area of fraud and theft – and trying to poison him at least a decade ago.

He said he would return with documentation.

But he never did.

Monterey Park’s small police force is coping with the outbreak of violence not long after thousands had gathered downtown for a Lunar New Year celebration. Monterey Park, as well as Southern California in general, continues mourning what has been called the largest mass shooting in Los Angeles County history.

“This was a moment that was supposed to be a moment of celebration,” Los Angeles County District Attorney George Gascon said during a Monday afternoon press conference. “One individual with guns caused incredible tragedy.”


Could any law prevent the next Monterey Park mass shooting?


In Monterey Park, some shooting questions are answered but many endure – as does city’s heartache