Her name is still unknown, but Santa Ana man convicted in strangling death of ‘Jane Doe’ 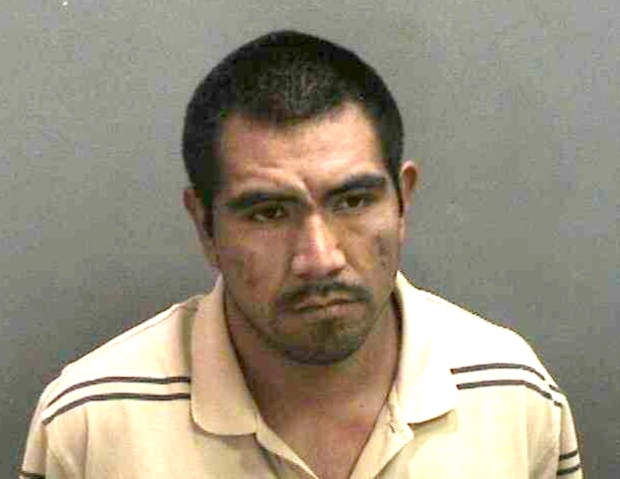 A Santa Ana man has been convicted of murder for beating and strangling a woman he and his brother allegedly picked up before she was set aflame and dumped in an Irvine parking lot more than a dozen years ago.

Authorities have never been able to identify the woman.

She had no ID on her, no driver’s license, bank card or phone. A search of her DNA and fingerprints in state and federal databases came up with nothing. She hadn’t appeared to have any dental work that could be traced to a particular dentist. An extensive search of hotels, businesses, and hospitals also led nowhere.

But Tuesday, an Orange County Superior Court jury found Zenaido Baldivia-Guzman, now 36, guilty of special circumstances murder with a kidnapping for killing the woman on Sept. 5, 2009.

It was Baldivia-Guzman’s second trial, after a previous jury in 2016 deadlocked 11-1 in favor of a murder conviction, resulting in a mistrial. His brother — Gabino Baldivia-Guzman — is awaiting trial.

The two brothers were accused of kidnapping the woman from the streets of Santa Ana, strangling her, setting her aflame and then leaving her body to be discovered the next morning in an industrial park near Alton Parkway in Irvine.

About 14 months she was found, male DNA that had been collected from underneath her fingernail was matched to Zenaido Baldivia-Guzman, who had since been convicted of domestic violence. He and his older brother, Gabino, were quickly taken into custody.

The brothers in interviews with police allegedly said they went out after a night of drinking to “get a girl.”

Irvine Police released this sketch of Jane Doe who was found dead and burned in the parking lot of an Irvine business in 2009.

They found the woman in a part of Santa Ana known for prostitution, and Gabino Baldivia-Guzman talked the woman into willingly getting into the back of his work van, they told police, but she “freaked out” after realizing the other brother was in the back of the vehicle.

Zenaido Baldivia-Guzman allegedly told the police he struck the woman to try to get her to stop screaming, but denied intentionally choking her to death. Detectives were not convinced, determining the woman had been strangled with enough force to break a bone in her neck.

The brothers admitted to leaving the woman’s body at the Irvine industrial park. Zenaido Baldivia-Guzman reportedly told investigators that it was his brother who made the decision to douse the woman in gasoline and light her on fire.

During his recent trial, Zenaido Baldivia-Guzman’s attorney argued for a lesser charge, telling jurors that he has a low IQ and didn’t have the frame of mind needed to commit first-degree murder. The defense attorney described the struggle in the back of the van as a “scene of tremendous chaos,” adding that Zenaido Baldivia-Guzman acknowledged what he did was wrong.

Zenaido Baldivia-Guzman is scheduled to return to court for sentencing on Feb. 24. He faces up to life in prison without the possibility of parole.

“This woman did not deserve to have her life ended in such a horrific way by a complete stranger,” said Orange County District Attorney Todd Spitzer. “We may not know yet who this woman was, but we will never stop trying to identify her and we will never stop pursuing justice for her and everyone who loved her.”