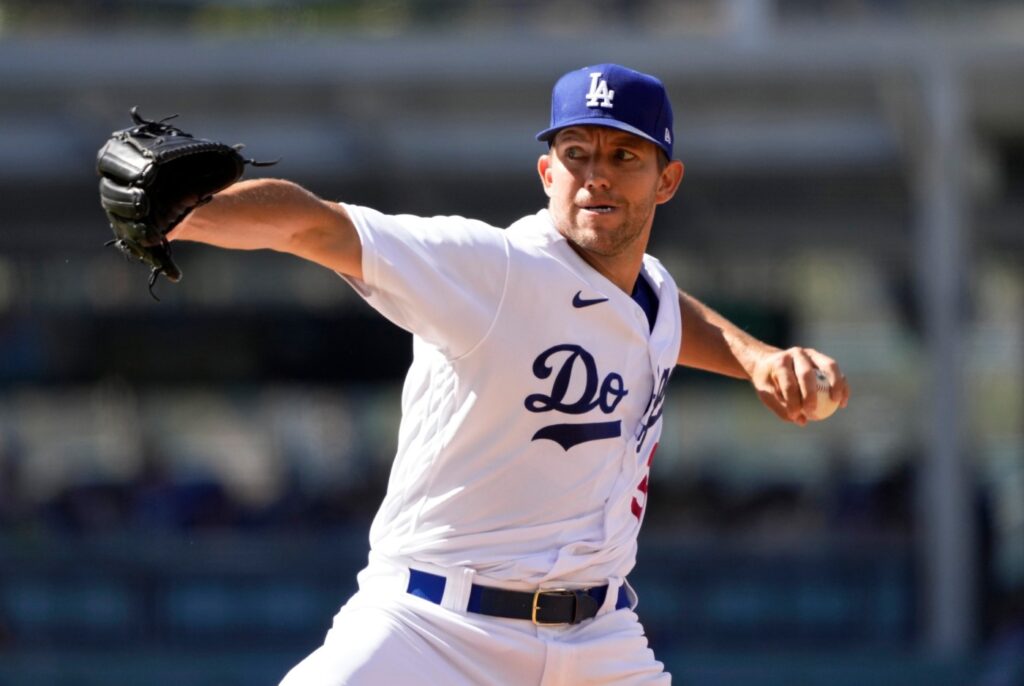 The Angels are banking on Tyler Anderson’s breakthrough season being the start of a trend rather than a fluke.

The Angels agreed on Tuesday to a three-year, $39 million deal with the veteran lefty starter, a source confirmed.

Anderson, who turns 33 next month, was 15-5 with a 2.57 ERA for the Dodgers in 2022, earning an All-Star berth. In the first five years of his career, he posted a 4.62 ERA with the Colorado Rockies, San Francisco Giants, Pittsburgh Pirates and Seattle Mariners.

The Dodgers gave Anderson a qualifying offer, so the Angels will surrender a second-round draft pick for signing him.

If Anderson can repeat last year’s performance, he would fit at the top of the rotation with Shohei Ohtani, and ahead of lefties Patrick Sandoval, Reid Detmers and José Suarez.

General Manager Perry Minasian indicated last week at the GM Meetings that the Angels still plan to use a six-man rotation, so there is room for one more pitcher. The internal options include Chase Silseth, Tucker Davidson and Janson Junk. Griffin Canning and Chris Rodriguez could also be candidates if they can rebound from injuries that cost them the entire 2022 season.


Perry Minasian promises Shohei Ohtani will be with Angels next season

Anderson thrived with the Dodgers last season despite striking out just 7.0 batters per nine innings, which is low in this strikeout-heavy era for any successful starter.

In June, he carried a no-hitter into the ninth inning against the Angels, but Ohtani broke it up with a one-out triple.

Anderson’s breakout season last year was partly because he was healthy, another year removed from 2019 knee surgery. In the three non-pandemic seasons in which he’s been healthy, he’s averaged 174 innings. For comparison, no Angels pitcher has thrown that many innings since Andrew Heaney threw 180 in 2018.

Anderson’s effectiveness, by one analysis, was because he improved his changeup, reducing the velocity and getting more drop. Anderson also changes his release point against lefties, dropping down on his two-seam fastball.

If he is to repeat his success with the Angels, they will need to play solid defense behind him. The Dodgers were one of the best defensive teams in the majors. Defense is going to be at even more of a premium in 2023 because new rules prohibit teams from putting three infielders on the same side of second base, which means the middle infielders need to cover more ground.